Agribusiness
Home›Agribusiness›Pillars that can firm up Kenyan agriculture

Pillars that can firm up Kenyan agriculture

The agricultural sector accounts for the largest share of the primary sector in Kenya’s GDP (Gross Domestic Product). It supports about 75 percent of the country’s labour force and accounts for more than a fifth of GDP. A majority of other primary sectors are interdependent and interlinked to agriculture as a source of their raw materials.

Moreover, food inflation is one of the critical drivers of overall inflation.

The 2021 Economic Survey showed that the economy contracted by 0.3 percent in 2020, with agriculture contributing an impressive 23 percent to the GDP. Ideally, most emerging and developing economies, Kenya included, are primarily agriculture-based.

This makes agriculture the backbone of the country, requiring serious attention as its performance is significant for the economy.

There are more than 600,000 people in Kenya who practise small-scale farming and account for about 70 percent of the total agricultural produce.

Budget Options for 2022/2023 and the Medium Term Report prepared by Parliamentary Budget Office (PBO), estimate that Kenya’s real GDP is expected to expand by 4.5 percent in 2022 and 5.1 percent in 2023, an indication of a modest recovery attributed to a boost in private consumption.

The report further indicates 32.9 percent of the country’s merchandise exports have been from agriculture over the past five years.

Jubilee government’s Big 4 Agenda item of food and nutrition security was well-intentioned and well-thought-out and it has had pretty remarkable results in boosting food production.

However, the hunger monster is a big threat. This has been due to unfavourable weather conditions such as extreme drought and the annual flooding in some regions, especially arid and semi-arid regions. This forced President Uhuru Kenyatta to declare drought a national disaster in some parts of the country.

The poor weather outlook may worsen the food outlook situation in 2022. Also, it may dampen the quantity and quality of agricultural exports production outlook.

As we gear up to the general election’s year, there might be stockpiling of food by households which should be a matter of concern to all relevant stakeholders on the state of food security in the country.

The limited access to high quality, certified seeds and fertilisers to small-scale farmers, the 25 percent approximate post-harvest losses, low agricultural mechanisation and poor weather outlook challenges have steadily declined productivity of both large-scale and small-scale farmers in the country.

For higher economic growth, there is an urgent need for key practical interventions and strategies in the dominant agricultural sector.

To borrow a leaf, the agile and progressive case study of the Malawi Farm Input Subsidy Programme, which increased maize production three-fold and brought about food security in Malawi, within the first two years of inception in 2005/6.

The programme provided a clear policy direction that significantly boosted agricultural productivity, with agriculture and national GDP said to have expanded by more than seven percent per annum in real terms during 2004-2010.

With the promulgation of the 2010 Constitution, agriculture is a devolved function. There is a need to ensure funds follow functions to reorient the bullish sector.

Faster tracking and implementation of the following measures could go a long way to support the sector.

First, provision of adequate funds in form of conditional grants through the credit guarantee scheme to improve access to modern agricultural extension services to educate farmers.

Fourth, increased robust public-private partnerships and investments in small-scale irrigation and water storage may unleash the unexploited potential for productivity.

Fifth, there should be concerted efforts to curb cartels and brokers that manipulate prices.

These measures will ensure Kenya achieves its envisioned 0.5 percent increase in agricultural productivity by 2023/2024. 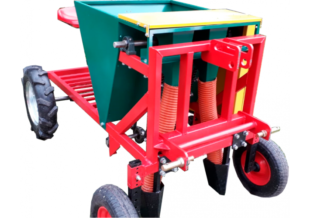