Agriculture as the trigger to industrialisation

“The sacrosanct cornerstone and golden thread upon which any successful productive economy can be built is the legal protection of private property ownership.”

We all know that Zimbabwe’s agricultural sector has long been historically vital to its economic growth. Not only does it form the basis of the direct and indirect livelihoods of almost 70% of the population, but contributes significantly to overall economic growth including the supply of the majority of inputs to the food processing sector.

Having said the above, it is important to state here that although agriculture is key, we must move away as a country from being too dependent on its performance and transform our economy to increase our manufacturing capacity so that the economy becomes less vulnerable to both the weather and international commodity prices.

We must industrialise to create high income jobs and better value than that created through agriculture primary products such as tobacco and maize. The latter is of course essential for food security and cutting down unnecessary maize imports.

Zimbabwe has an estimated 15 million hectares of arable agricultural land, of which an estimated four million was bought by black farmers on a willing buyer willing seller basis before the disastrous fast-track land reform programme of 2000.

Zimbabwe also has the highest land to water ratio in Africa with an estimated 20 000 private dams whose maintenance and development has been hugely neglected since 2000.

Around 11 million hectares of arable land currently sit under the control of government. In addition, the neglect of agricultural infrastructure maintenance since 2000 has resulted in vast pieces of productive land been underutilised and their infrastructure dilapidating or stolen.

Despite spending billions of dollars on command agriculture and 40 years later, Zimbabwe must still import maize, soya and wheat in order to meet domestic demand. That is a travesty which indicates that we are doing something wrong and costly.

In order to move forward, we have to deal with the following issues:

The issue of secure long-term tenure is very simple, yet it has not attracted the correct thinking and attention. You cannot expect farmers and banks to invest in the long-term, where they do not have the confidence of secure tenure. The idea that government can repossess farms must now stop as it discourages investment in that sector.

We have to monetise the value of land as a productive asset if we are to increase its productivity. This can only be achieved through title deeds. There is absolutely no point owning unproductive land. A proposed new approach is to reclassify land which can be owned by title and that which can be leased.

This will allow us to attract capital back into the sector and therefore increase productivity. It is also now time to move away from contract farming and ensure that framers are well financed. Contract farming has resulted in exploitation of farmers and externalisation of proceeds, with the country gaining very little.

In addition, it is critical to diversify agricultural production away from maize and tobacco. For too many years, we have depended on a few cash crops and yet we have the potential to grow all types of food and products which can boost local value addition and health.

The export of raw agriculture products must be minimised over time by ensuring that we add value to at least 50% of our agriculture output.

Also critical is for us to diversify agriculture products. For example, Zimbabwe could grow industrial hemp which can be refined into products such as paper, textiles, clothing, biodegradable plastics, paint, insulation materials, biofuels, food and animal feed, research and development in new agricultural products is critical.

No piece of arable land should lie idle and unused and all types of crops must be experimented with whether for own use or for export.

In line with true devolution, each province must have own agriculture development blue print informed by types of soils and climate. Provincial agriculture output must prioritise national food security and localised value addition through agro-industrial hubs.

This requires leadership and capacity building at local level. Economic devolution must therefore be more aggressive with more provincial direct investment as provinces begin to play a central role in development, job creation and poverty alleviation.

We must establish an agriculture commodities exchange to increase production of goods and demand at market based prices while minimising wastage. These should have satellite exchanges in each province to allow farmers to be close to markets thus minimising transport and storage costs.

Our new agriculture model must, therefore, be based on “industrialising through agriculture” and this can be done by establishing industrial processing and value addition hubs and achieve inclusive growth.

This requires and organised agricultural sector with farmers playing a key role in both policy and direction. We had a very success AFC, whose funding and skills development model was unique informed and effective. We can reinvent the same model.

Youth in agriculture must also be our new thrust to nurture young future farmers. This requires that we rebuild training capabilities through colleges, incubators and model farms where youth can acquire the necessary skills before they are allocated land. We have many old farmers who are prepared to mentor and train our youths.

Finally, we need to depoliticise the land issue and focus more on productivity and diversification. The productive management of our land assets cannot be run on a partisan basis as has been the case to date.

We need to harness all talent and skills to work our land and ensure that it is not abused for political reasons while ensuring its fair distribution. Land is a critical endowment which must be fully utilised to the benefit of all citizens. 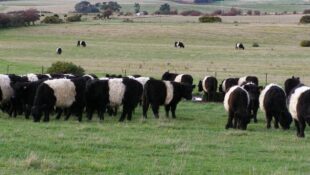 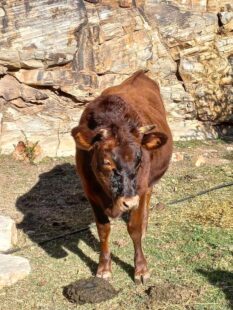