With funding from UK aid, Farm Africa has distributed 3,304 goats to women living in lowland Uganda and Ethiopia. The women received the goats on the understanding that they pass on two of their goats’ first offspring to another woman in need, creating a cycle of improved prosperity that will benefit up to 7,200 women across the two countries.

Farm Africa caught up with Gero Berkie, who has recently received goats. Once she has grown her herd, she will give three goats to her neighbour Gadie.

“I am excited to give my goats to my friend because Farm Africa will teach me how to manage and sell the goats. Giving the goats to Gadie will strengthen our friendship. It will be like she’s part of my family. Farm Africa is supporting me, and I will support my friend,” exclaimed Gero proudly.

Left to right: Gadie and Gero

Gero has four children and during the dry season has found it challenging to earn enough to feed her family. Surrounded by her goats, she now feels more positive about the future.

“I would like to raise a herd of 20,” Gero explained. “The training I received from Farm Africa in animal husbandry will help me grow my herd.”

Tough, friendly and easy to look after, the hardy goat is a reliable asset when extreme weather hits.

“South Omo’s Hamer and Benatsemay districts experienced extreme drought in 2015 and 2016. The communities’ cows died and crops failed but the goats fared much better, the vast majority survived. The Livestock for livelihoods project was born out of this vital lesson.” Ayele Feleke, Livestock for livelihood Project Coordinator, Farm Africa

In both areas, women play a critical role in goat management, migrating the dry planes with their livestock in search of shrinking green pastures. The most economically vulnerable women were targeted to receive goats. 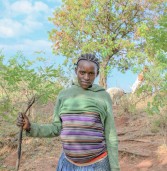 Expectant mother Banki Guba lives in South Omo with her three children. A difficult drought recently forced Banki to rely on food aid. Now that Farm Africa has given her goats and training in how to manage the animals, she’s confident she’ll be able to support her family through future dry spells.

“When the goats are producing milk, they will support me through drought seasons. When they have kids, I will have meat and milk,” Banki Guba proudly stated.

Goat recipients living in northern Uganda were equally delighted. When the group of women featured in this video took charge of their new female goats, they were so happy that they broke into song! Watch this video to see their reaction.

This project is funded by UK aid from the UK government. 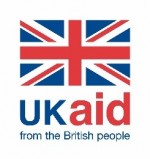